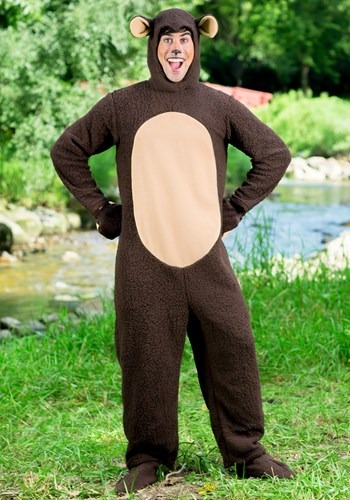 WHERE THE BEARS ARE!?

Notice how certain animals tend to make it into just about all the stories?  There's obviously a reason for much of it.  Wolves are just about always cast in everything.  Big Bad and... well, they're not usually named, we suppose.  But, they're hardly ever doing anything other than eating up innocent folks and engaging in property damage.  Tigers, half the lions, and all the rest of the carnivores are just nothing but trouble!

Except for the bears!  Near always a source of friendship, family, and comfort, those bears can be trusted to be there through thick and thin no matter what is going on in the rest of the tale.  Now, it's certainly not that they're less dangerous than the others.  We're pretty sure that anyone would rather go toe to toe with a wolf over a bear, but something about these cuddly buddies just makes us all feel safer!

So, get yourself ready for a whole bunch of bear hugs because it is time for you to gear up as any one of your favorite bear buddies with this Storybook Bear Adult Costume.  This fleece jumpsuit is going to be just as comfy for you as it will for the folks leaping in for hugs.  The dark brown suit has a tan fleece belly and features a pull-up hood with stuffed ears and a Hook and Loop fastener strap for fastening.  Bear mitts are sewn into the sleeve cuffs and you'll have convincing bear feet, too, thanks to the elastic straps at your ankles and under your shoes.

BUT WHICH BEAR TO BE?

Once you're in your full bear get-up, the only thing you'll really have to decide is which story you are coming from?  Have you been robbed by a curious golden-haired girl?  How about helping a man-cub whose been living in the jungle too long?  Or, maybe you're literally just there for the hugs!