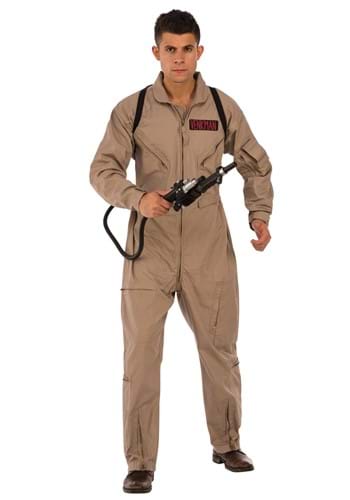 You’re sitting in the Ghostbusters office, fiddling with the latest version of your proton pack. It’s a drizzly Tuesday afternoon, and business is slow. It’s been slow for a while now, honestly. Sure, things picked up a bit after you saved New York City from Gozer, but lately, you’ve only been hired to deal with garden variety spooks and specters… and not many, at that. It’s been a least a month since you cleaned out that haunted amusement park.

Then, from down the hall, Janine’s voice rings out. “Fellas, you’ve got a call!”

You dive for the fireman’s pole, sliding to the bottom level. Spengler and Stantz are already there, pulling on their suits.

“It’s a Class 3 manifestation,” Spengler replies as he throws supplies into his pack. “Apparently, it’s been haunting the old post office building on Washington Avenue for years, but only with minor annoyances like missing letters. It’s gotten a lot worse, though.”

“It threw an unlucky carrier straight through the front window,” Stantz adds. “This one’s a fighter.”

It looks like you’re going to need to grab the big guns for this job. Start by suiting up properly with this Ghostbusters Grand Heritage Costume for Men. The movie-authentic full-body coveralls are covered in zipper pockets along the chest, sleeves and legs. There’s a classic name patch attached to the front, and, most importantly, a Proton Pack that that straps to the back. You’ll be ready to hit the Ecto-1 in no time. That ghost doesn’t stand a chance!