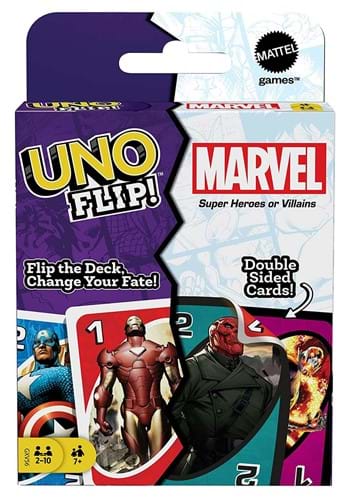 When the Avengers are off-duty, they like to unwind just like the rest of us: with a cutthroat card game! This officially licensed Uno Flip Marvel Edition combines a favorite game with all the awesomeness of Marvel's pantheon! Each double-sided game card is decorated with images of heroes like Captain America, Thor, and Black Widow, as well as pictures of evil villains including Red Skull and Thanos. Fortunately, no matter who wins, this card battle won't change the fate of the universe depending on who wins. (Or will it?)