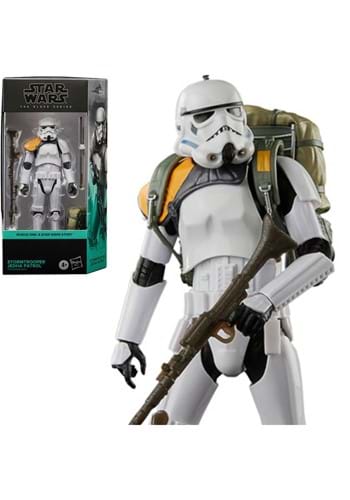 The planet Jedha was home to an important resource of the Empire- Kyber Crystals. These crystals were the very same material Jedi used to form their powerful lightsaber weapons. The Empire used it to power the Death Star's planet destroying laser. Star Wars The Black Series Stormtrooper (Jedha Patrol) can be seen in the film Rogue One: A Star Wars Story in the streets of Jedha City, moments before its inevitable destruction. It features a backpack with antenna to recieve orders while on the go, and a large blaster to control the streets and protect precious cargo deliveries.