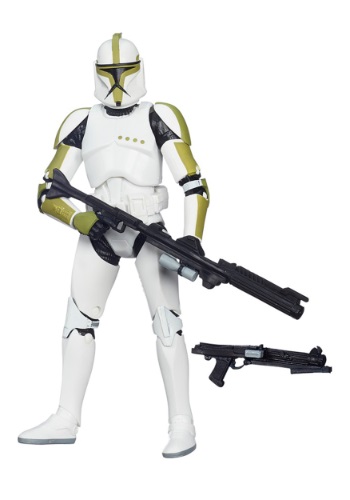 Information
Sold Out
Items Out Of Stock
Includes & Highlights
Item #EEB1065
Items Included
Product Highlights
Product Description
The Kaminoans knew when they bred the Clone army that they were going to need officers to lead and command the troops in battle. So they just made a few tweaks to the genetic code, gave their armor a special paint job, and there you go—a born and bred sergeant! They had the extra acumen that it took to command troops on the battlefield. If you wish you had a clone army of your own (who doesn't!) you can start with this figure. His 6" scale will be perfect for leading your old 3.75" Clone Trooper figures into battle. And if you have a valiant Jedi to command the troop? All the better!