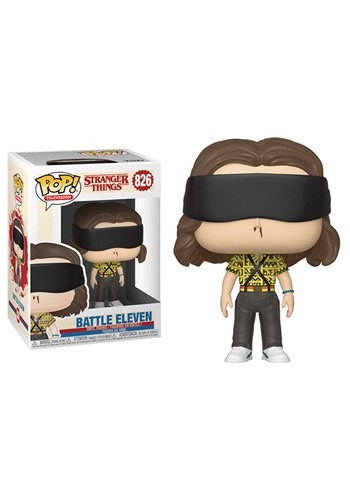 You would think the Mindflayer would have learned his lesson by now, but no... Here he is, trying to take over Hawkins, Indiana once again. We can't believe he's that dumb. Doesn't he know what he's up against? Only the world's most powerful telekinetic. Sure, she's only a teenager, but she's already whooped his butt multiple times, so we're pretty we know who we're rooting for. If you're team Eleven, then you'll love this POP! TV Stranger Things Battle Eleven figure. This vinyl figure is almost 4 inches tall with a clear plastic display base. Eleven is blindfolded with a sweet pair of suspenders and she's ready to show that Mindflayer who is boss. Hint: she is.