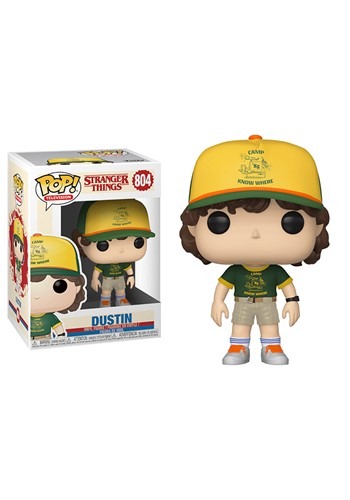 One of the best of the best, Dustin Henderson, has the opportunity to go to an amazing science camp this summer. Sure he'll miss out on some epic D&D games. Yeah, he might miss biking around with the crew, but Dustin is a smart one and we know he deserves to go build robots and radios to his heart's content. So if you're on team Dustin, then you'll love this POP! TV Stranger Things Dustin at Camp figure. This vinyl figure is 4 inches tall and portrays Dustin in his Camp Know Where gear. We're excited for Dustin. We hear that he might even be able to build an epic radio tower at camp too, and who knows when that could come in handy!