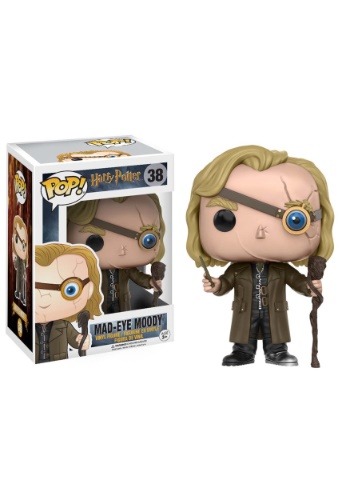 If you're ever riding the subway, feeling cramped or you're unhappy with how small your living conditions are simply remember that Mad-Eye Moody was stuck in a trunk for a semester. Well, we should all be thankful that Polyjuice painting doesn't actually exist. Once Mad-Eye was out of that trunk he was once again a force to be reckoned with, though we love the Moody that transfigured Malfoy into a ferret as well. In fact, if it weren't for him Voldemort might not have been defeated in the end.

This vinyl figure is in full Mad Eye glory. He's not sporting a bottle of Polyjuice so we know that he's the real thing. He's got his fake eye, a wizard staff, and he's ready with his wand. He's not an Auror we would mess with!