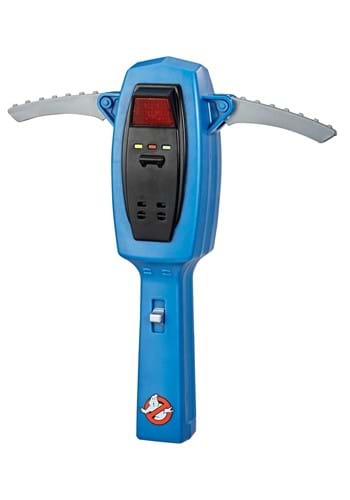 What is the adage about the right tools for the right job? Sorry, we majored in costumes, not philosophy. Still, the saying isn't truer than when referring to The Ghostbusters. Egon and company invented a number of gadgets, including the Proto pack, the Ghost Trap, and the Containment Unit, to name a few. Though these all were created to seek out and fight ghosts, none may be as inventive as their PKE Taser. This thing goes from ghost tracker to ghost zapper in an instant. If you are looking for some gear to hunt your own ghosts, or just need a cool toy to complete your cosplay, then you will cross streams for our officially licensed Ghostbusters Afterlife PKE Taser Gadget.

Though our PKE taser may be just a toy, it'll have you feeling like a real Ghostbuster, or at least a buster in training like Phoebe and the gang. With the push of a button, the taser converts to a PKE Meter—great for slow training days. This Hasbro toy requires 2 AAA batteries to operate, so you'll save money on plutonium. Any fan of the movie will love this gadget!