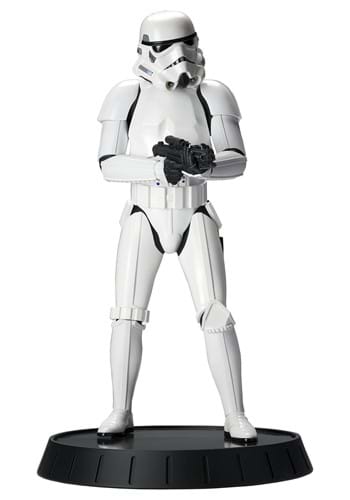 That pesky rebel Jedi Luke Skywalker might be a little short, but this officially licensed Gentle Giant Star Wars Milestones A New Hope Stormtrooper Action Figure is exactly tall enough to blend in with the other clones and carry out his emperor's evil plans. This involves sweeping the Death Star for intruders (check the garbage compactors) and trying to blow up the Rebellion's base planet before they blow up the Death Star (oops). The molded figure stands on a black plastic stand and holds a raised blaster.