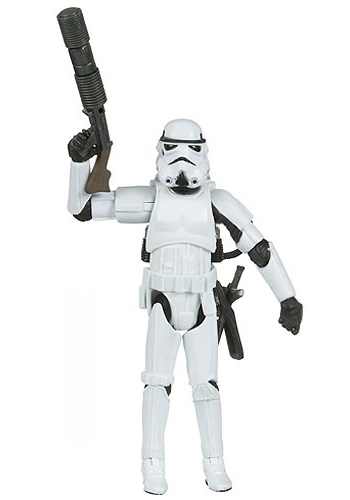 Includes & Highlights
Item #HA87836
Items Included
Product Highlights
Product Description
Spacetroopers were an integral part of the Imperial war machine. Stormtroopers who were a particularly bad shot (and that's really saying something given their penchant for poor aim) eschewed advanced fighting classes in the academy to take Zero-G training. These troopers are frequently used in space walks to repair and maintain vessels when out of spacedock. They were, of course, armed with blasters, although generally if they had to shoot, their targets would be small ships. A much larger target than a person but still missable for these Spacetroopers!