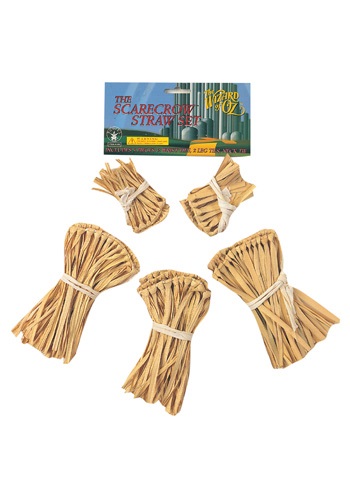 This scarecrow kit is all you will need to look like you are stuffed with straw. It consists of five cuffs of fake straw. Two are for your wrists, two are for your ankles, and one is for your neck! The best part about these is that they don't itch like it would if you were using real straw!

IF I ONLY HAD A BRAIN

As a scarecrow, it'll be a lot of fun constantly saying "If I only had a brain!", but based on the fact that you're going to use this fake straw instead of the real, itchy stuff, we think that it's safe to say that you do have a brain, and a smart one too! Good choice.