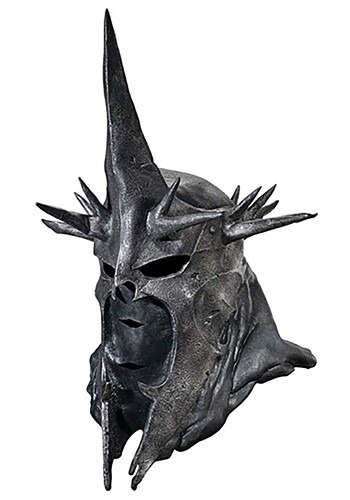 People know all about the One Ring.  Well, mostly.  They know that in the hands of a couple hobbits, it allows them to vanish from sight.  Most sight.  Of course, the true Master of the One Ring always knows where it is located and can always find anyone wearing it.  But, what about the other rings.  We know that Sauron forged them all as gifts for the humans, dwarves, and elves, and that they were all secretly designed to be controlled by the Necromancer who would run a war over everything.

But, doesn’t it make you wonder what those other rings did?  They were obviously pretty powerful if it made rulers of the other kingdoms all decide they wanted to have them to begin with!  All we know for sure is that the leader of the humans became something really dangerous:  the Witch King, leader of the Ringwraiths, killable by no man in Middle-Earth!  Well, if you’ve had designs on knowing what sorts of powers a creature like that might have, there are better ways to go than putting on a cursed ring.  Instead, you can try this officially licensed Witch King Mask with exquisite silver and distressed details to make you look just like the Witch King of Angmar!