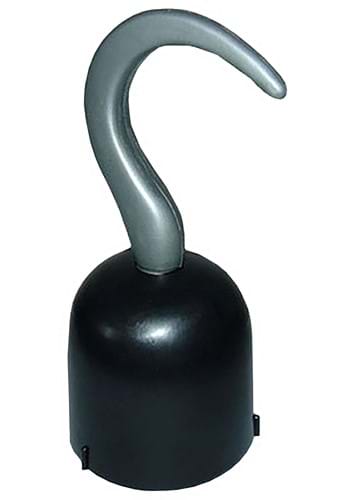 The Hook Brings You Back

We ain't tellin' you no lie! The hook brings you back. Of this, you can rely...

Promise not to laugh? For years, we totally thought the Blues Traveler song was about a the notorious Captain Hook. You know, the villain from the works of J.M. Barrie? The guy who was afraid of crocodiles? Well, it turns out that the (brilliant) song is just one big troll on their audience, but we still can't help but think of that delightful song every time we look at this Classic Pirate Hook accessory! It's based on the one used by villainous pirates who travel the high seas for treasure, adventure, and a duel or two with Peter Pan.

This simple costume accessory puts the finishing touch on any pirate captain costume. It's made entirely out of plastic and features a handle on the interior. It might not be as functional as the one that the real Captain Hook wears, but it will play the part perfectly during your next pirate party. This accessory will always bring you back to a pirate's life! Just like the hook of a song always brings you back into the mix!