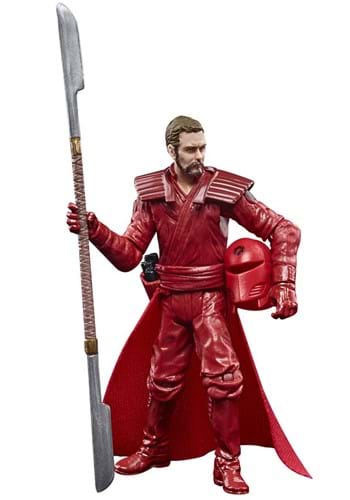 The Emperor's Royal Guard were mostly seen hidden in the background of the films, never very far away from the Emperor himself. Now with Star Wars The Vintage Collection Emperor's Royal Guard Figure, here is the chance to finally put them into some stunning action! Keep any Rebel at bay and away from the Emperor with an array of weapons at this figure's disposal. Be sure to keep the guard's identity safe under a helmet and his weapons concealed behind the cloth robes. This menacing figure has plenty of articulation to get just the right pose to make any attacker think twice about a fight!