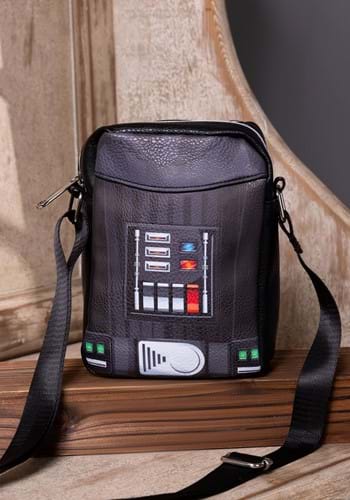 If only he’d had this Darth Vader Crossbody Bag. Then he could have conquered at least one thing—clutter! It doesn’t seem like his armor and cape were created with pockets in mind, so we think this bag would be quite useful for him—and you!

Now you too can conquer your clutter when you add this Star Wars Darth Vader Crossbody Bag to your wardrobe! This officially licensed accessory is made from vegan leather and features graphics designed to look like the front of Darth Vader’s armor. The shoulder strap is adjustable to help it fit you and your needs, and the zippered pocket will keep all your stuff safe—but you should still keep an eye out for rebels!