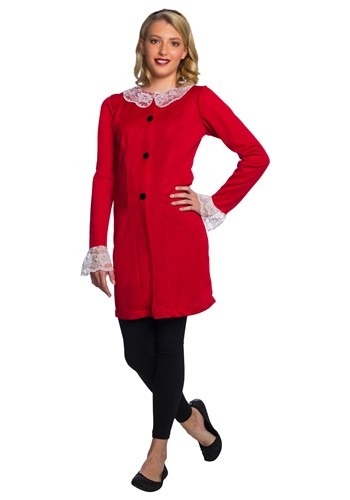 Fitting in is always a challenge. There are always going to be some who feel that you're an outcast for one reason or another. Maybe you look a little too good in your bright red clothing while they're sporting black attire. Perhaps they're jealous of your friendships outside their usual circles. Or maybe it has something to do with the fact that you're half human and half witch. There's that whole "will you or won't you" about that Book of the Beast, too.

Here's a little advice. You have to be yourself! They'll come around to like and maybe even love you. Just embrace that inner fire that makes you who you are. And, maybe—just maybe—let loose a little bit of that ultimate power so everyone realizes that there's more to you than meets the eye. Let that inner fire glow bright and you might even unleash just a hint of hellfire while you're at it! That's a surefire way to fit in with everyone.

Alright, so we know that hellfire technically burns blue... at least in certain circumstances. But, you'll still be pulling off half-witch realness when you show up in this officially licensed Sabrina dress costume. This brilliant red dress has decorative golden buttons and a wide lace cuff and neckline, just like the star of The Chilling Adventures of Sabrina. (The dress fastens with a hook and loop strip down the front.) Top off your end-of-season look with the black, elastic headband and you're ready to show those folks at the Academy of the Unseen Arts who the real witch is!

Once you've truly earned your place among the witches of Greendale, there's a certain swagger that comes naturally to your walk. Is that what really brings the red out of your officially licensed Sabrina dress costume? We're not sure if that's it or if there is actually a little glimmer of fire behind your eyes. But, we're here for it either way!