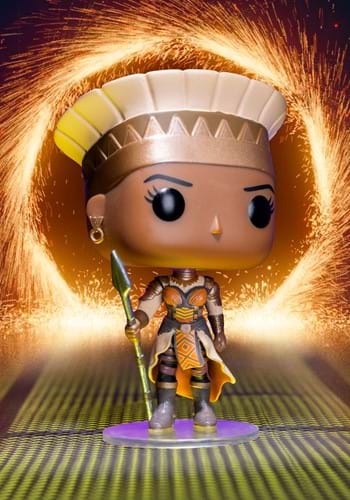 The Mother of Star-Lord

Imagine the possibilities. Marvel did, with their What If...? series. This Funk POP! Marvel: What If...? Queen General Ramonda imagines the matriarch of Wakanda who waited for her son to return. We got a glimpse of her when T'Challa was brought back to his true home by his adopted family of Ravagers. Every detail from the animated series is captured perfectly in miniature, from her headdress to her weaponry--because why wouldn't the queen of Wakanda be a master of the military, too? Do you ever wonder what the kingdom of Wakanda was like without the Black Panther's presence? That's a story for another day.