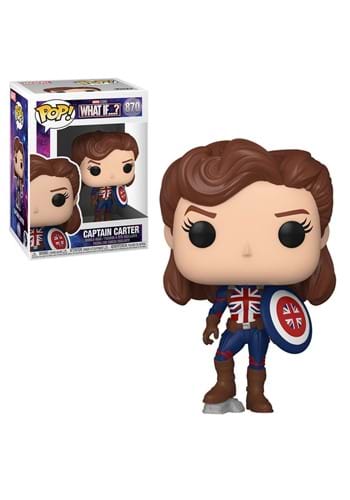 What would happen if Dr. Peggy Carter got infused with the Super Solider Serum instead of Steve? A whole lot of butt-kicking action, that's what! Marvel Studios What If series gave us a glimpse of what Peggy can do as a superhero and it's pretty spectacular! This POP! Marvel: What If Captain Carter Figure brings you a Funko version of her that you can add to your collection. She's wearing her outfit with the Union Jack on the front and she's even wielding her special shield... and she's ready to smash the whole HYDRA operation into the ground!