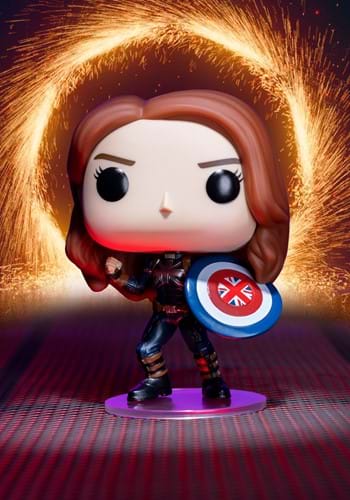 What if Captain America was Peggy Carter and not Steve Rogers? That question was answered in Marvel's What If...? series. And that moment of amazingness has been captured here, with the POP Marvel: What If...? Captain Carter (Stealth Suit) figurine. The Super Soldier Serum created Captain Carter, a seriously strong hero willing to step up and sacrifice for her country and the man she loves. This vinyl figure snaps onto a base that keeps it sturdy and upright. The head bobbles for some extra motion. She's officially licensed, so every tiny detail of Captain Carter's costume is perfectly rendered.