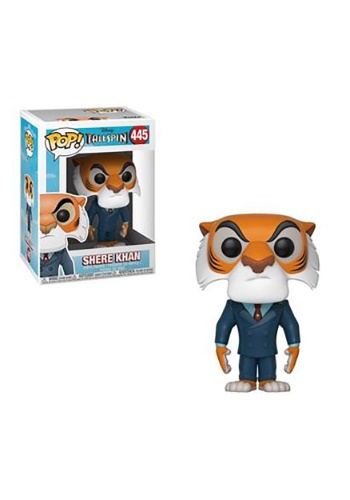 Folks might always be talking about the Wolf of Wallstreet, but that's only because nobody considered how ferocious a tiger would be once he stepped out of the jungle! Make sure that you're on the good side of Shere Khan when you have this officially licensed Pop! Disney vinyl from TaleSpin. (Anyway, how could a guy this cute be bad!?)