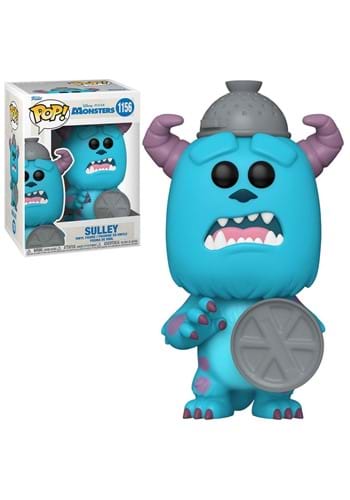 James P. Sullivan is quite the intimidating monster when he wants to be. We think it’s pretty hilarious that he’s so easily frightened by a two-year-old human! However, if we had been told that they were toxic, we'd probably be pretty nervous if one was in our house, too. This Funko Sulley with Lid Vinyl Figure shows him attempting to fend off the “dangerous” creature in his home. Of course, he later learns to love Boo, but there was a little he had to learn first!