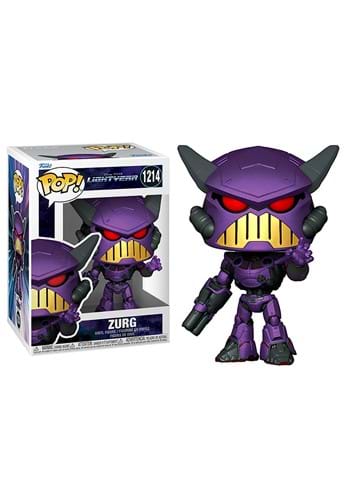 When we were first introduced to the idea of General Zurg, he was kind of intimidating. But he was also just a toy. So, there was only so much to worry about. Becoming a towering robotic being bent on galactic domination? Well, that's another story. Fortunately, there are a few ways to ease your anxiety. Start by collecting this Pop! Disney: Lightyear Zurg vinyl figure. Thanks to its shorter stature, even that golden grill can't scare anyone!