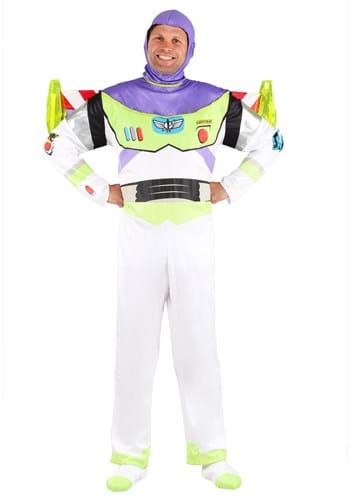 Buzz Lightyear is the captain of the Intergalactic Alliance in the Gamma Quadrant of Sector 4. Strong, bold, and courageous, Buzz relies on his bravery and natural athleticism to do what he believes is right. When leading by example isn’t enough to get the job done, however, Buzz can use his mastery of several forms of martial arts, pull out his photon bazooka or wide array of laser canons, and even take flight in order to take down evildoers from above thanks to his space suit’s built-in wings. Buzz is truly the savior of the universe.

But one day Buzz was marooned on a strange planet, known by its weird inhabitants as “Andy’s Room.” There he met a sad, strange little man (who sounded eerily similar to Tom Hanks), a talking dinosaur, a dog with a giant spring where his torso should have been, and a panoply of other odd creatures. They insisted that Buzz was something called a “toy” -- basically a child’s plaything -- but Buzz was too wise to fall for such trickery. He played along with the unsavory lot for a while, humoring their delusions that he wasn’t really an elite space ranger, and eventually repaired his ship and rocketed back into the cosmos to go on more heroic adventures. At least, that’s what we think happened. We only saw the first half of Toy Story.

If you’re as strong and fearless as the great Buzz Lightyear, then you too are worthy to wear the astronaut’s iconic space suit. Complete with wings and glow sticks to put in them, the officially licensed Toy Story Buzz Lightyear Costume is everything you need to go to infinity…and beyond!