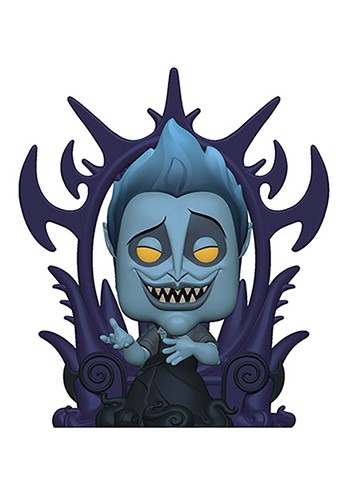 Going Up in the Underworld

The King of Tartarus is usually stuck deep in the darkness but he's got some pretty bright ideas. Sure, they involve unleashing the titans and overcoming Hercules, himself... but Hades has confidence in spades! Just look at the toothy grin of this officially licensed Pop! Deluxe vinyl figure of Hades on his Throne! He's practically one snap away from becoming the king of the gods! (Unless, of course, you have a Hercules Pop! nearby, too.)