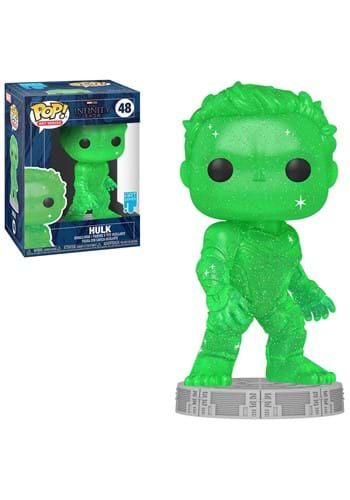 During the Avengers’ time heist as a last ditch effort to undo what Thanos had done, it was up to Hulk to obtain the Time Stone from the Sanctum Sanctorum. Though no easy task to defeat the Ancient One, instead his mission was completed and he earned the powerful green stone by using logic instead of brawn. Now Funko POP! Artist Series: Infinity Saga- Hulk can be yours to have a uniquely green goliath in the same hue as the Time Stone to commemorate his achievements for all of life in the Marvel Cinematic Universe.