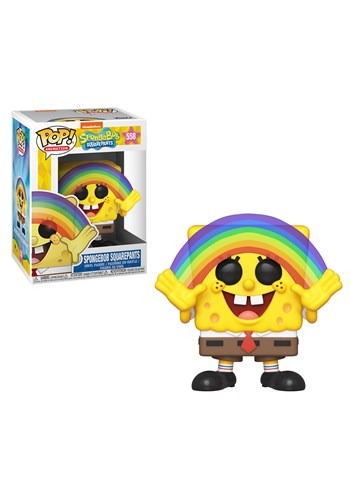 With imagination, you can be anything. A pirate. A football player. Yes, even a starfish. We learned a lot of lessons from SpongeBob SquarePants, but using your imagination is probably one of our favorite lessons of all. With it, a simple box could be a submarine or a ship. We can even imagine that this POP! Animation Rainbow SpongeBob SquarePants figure is not a simple 4-inch vinyl figurine grinning ear-to-ear but in fact the real SpongeBob himself. If it were real, we're sure SpongeBob would be explaining the merits of imagination while spreading that little air rainbow.