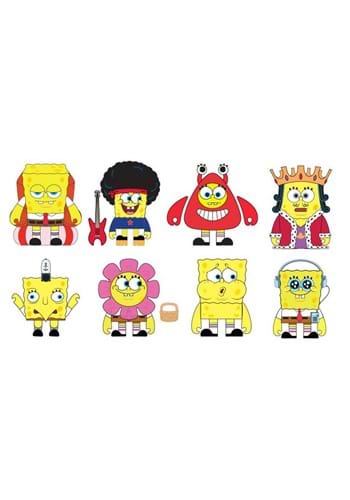 If there's anyone who likes to dress up for the occasion, it's SpongeBob SquarePants! This SpongeBob SquarePants Cavalcade of SpongeBobs Vinyl Mini Figure series contains all your favorite versions of Spongebob, from First Day of Summer SpongeBob to Kuddly Krab uniform SpongeBob to "Ight, Imma Head Out" meme-loving SpongeBob, and even including SpongeBob NoPants (yikes!) Can't decide on a favorite sponge? You're in luck, because each surprise pack will choose one for you. Collect all 8 3-inch-tall figures and examine them over and over until you've settled on your number one favorite version of everyone's favorite fry cook.