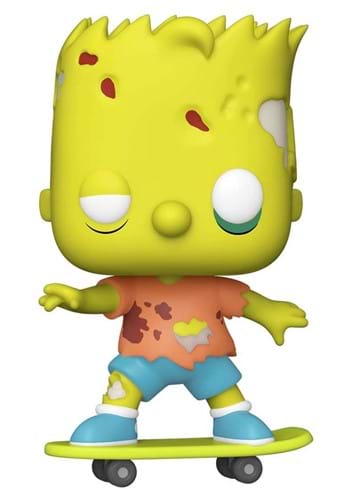 Some say that Bart Simpson isn't particularly smart. We'll just ignore all the times he solved crimes caused by Sideshow Bob, we suppose! But it turns out that he's got a pretty innovative idea for upping his IQ. He'll just gobble up a few extra brains now that he's in the form of this POP! Animation: The Simpsons vinyl figure of Zombie Bart! Celebrate your love for the Treehouse of Terror series with this figure.