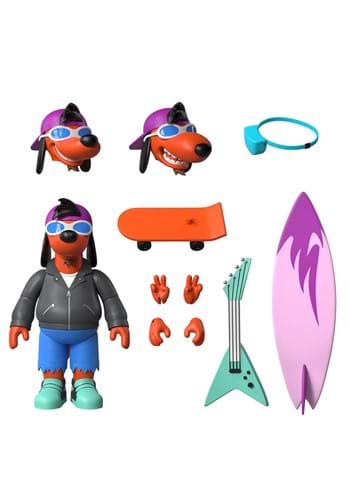 Collect... TO THE EXTREME!

Every fan of 'The Simpsons' knows all about the short-lived character Poochie. He was one of the characters in the cartoon within this series, 'The Itchy and Scratchy Show'. Although this character may have not been very popular in the Simpsons' universe, many of us in the real world still adore this hilarious comedic failure.

Now, you can add this skateboarding dog to your Simpsons collection when you grab this 'The Simpsons Ultimates Poochie 7-Inch Action Figure'. You'll get a Poochie action figure along with tons of accessories and alternative Poochie parts. You'll be able to display this hilarious hound dog in a number of different hilarious poses!