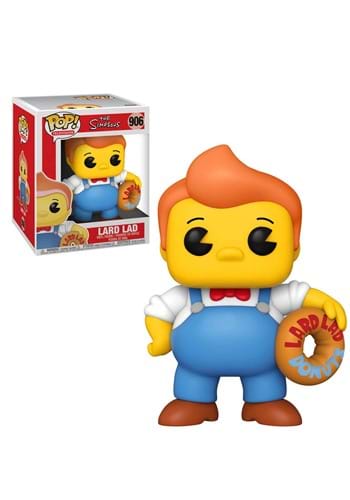 Donut, Thy Name is Lard Lad

In Springfield, there's only one name in donuts, Lard Lad. He's the jolly-looking fellow who's always holding a donut. And, of course, he'd probably be Homer Simpson's best bud if he were a real Springfield resident! Now, you can have the classic Simpsons character in your collection when you get this POP! Animation: Lard Lad Figure. It's officially licensed from the Matt Groening show and is made out of vinyl. It combines the adorable Funko style with the character from the show. He's even holding a tiny donut in his hands! He's a must-have for any Simpsons collection.