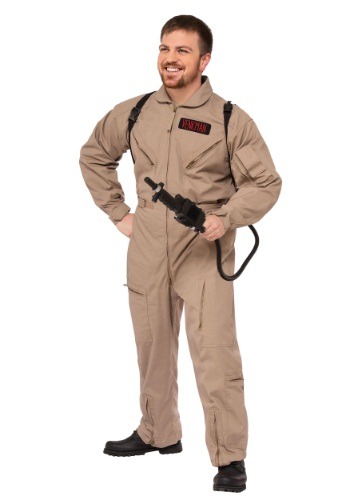 Here at Fun.com, we write about nearly every pop culture and genre fiction franchise––we know our blasters from our phasers and our Darkseids from our Thanoses––but the fan reactions to certain developments still puzzle us. Why certain worlds inspire this kind of devotion in their fans is clear––Star Wars, Lord of the Rings, Harry Potter, Marvel and DC comics, Game of Thrones, Star Trek, Doctor Who––they’re all structured around the kind of world-building that leaves the audience wanting to know more about the settings these characters inhabit. They’re as much about creating whole societies that are different from––but reflective of––our own as they are about telling stories, so it’s obvious why they invite escapism and obsession.

That said, the reaction to the remake of Ghostbusters, ostensibly a comedy film from the 80s, sort of floored us. We could have predicted this reaction to a more testosterone-fueled franchise, like, say, an all-female Predator or Universal Soldier movie. (On second thought, those both sound awesome.) Ghostbusters though? It’s not like Dan Akroyd was ever a picture of muscle-rippling masculinity. But we guess the series has shown its staying power before. With three live action films, two cartoon shows (and one upcoming one), and a slew of comics, novels, a video game, a theme park attraction and other spin-offs, the Ghostbusters universe has proven itself as thematically rich as any other pop culture vein despite its relatively constrained premise or four Manhattanites suckin’ up gooey ghosts with backpack vacuums.

In this Plus Size Ghostbusters Grand Heritage Costume, you can be any incarnation of the Ghostbusters you’d like. Yeah, of course it’s modeled after the original 1984 movie––it’s a classic! But besides the addition of some orange safety stripes and some stylin’ galoshes, the Ghostbusters uniform hasn’t changed much in the intervening decades. So whether you want to be the original Harold Ramis Egon Spengler, his blonde cartoon counterpart, or his carton’s gender-swapped reincarnation Jillian Holtzmann, you’ll be all set. What other crew would you call anyway, the Scooby gang? Nah, that talking dog’s probably possessed himself. When there’s something weird and it don’t look good, the Ghostbusters suit up. Because bustin’ feels good.