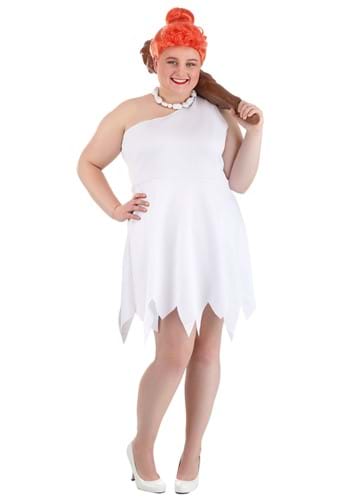 Have you ever wanted to be famous? We're talking known all over the world and for a really long time? Most famous folks are hardly known for a hundred years after they are gone from the Earth. Only a handful who are really creative or especially infamous keep getting written about in the history books. But nobody comes close to a certain redhead. (No, we're not talking about loving Lucy, though the gal we adore does have a lot of similarities!)

It's time to enjoy a spin back a few million years ago by bringing a classic cartoon character to life! Say hello to Wilma Flintstone, the only cavewoman with a fiery enough personality to douse the burning fires of her hubby's rock-headed rage! In fact, we suspect she's the major reason that the cave folk of Bedrock weren't just the club-wielding Neanderthals that history suggests! If you'd like to join the ranks of famous Flintstones, we're here to help!

Prepare for the most fun route to fame out there when you race your way back in time with this officially licensed Classic Wilma Flintstone costume. Our in-house team recreated the look of the Hanna-Barbera character with a simple slip of a dress that hangs off one shoulder and features zig-zag designs just above the knee. Faux pearls decorate your neck while you'll top things off with the bright red Wilma wig!