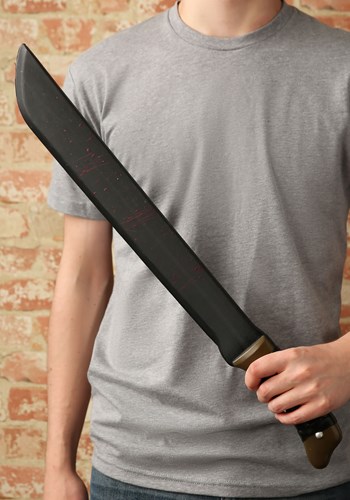 Horror movie villains need to choose their weapon of choice quite carefully. No one is really going to be afraid of you if you try to wield a rubber chicken to dispatch your unsuspecting victims. You wouldn’t see Jason, from the Friday the 13th movies carrying a feather duster as his primary weapon. No, he carries a giant knife around and it makes him all the more terrifying.

If you plan on dressing up like Jason, or you just want to play a practical joke on a few unsuspecting friends, then this plastic toy Jason machete is perfect for you. It has a fairly realistic look, despite being made out of molded plastic. That means it’s much safer than a real machete and it won’t get you in trouble with the law if you decide to cosplay as Jason. It’s also officially licensed from the classic horror movie series, so put that rubber chicken away!