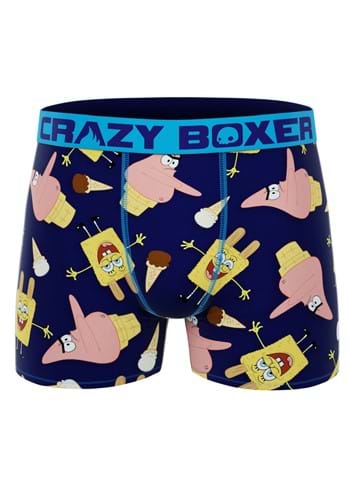 Ice Cream Under the Sea

How do SpongeBob and Patrick eat ice cream? Since they live under the sea, shouldn't their ice cream just melt? It's something we've spent a little too much time pondering! But one thing we don't have to ponder is what pair of underwear to wear. This pair of SpongeBob Ice Cream Boxer Briefs are made out of a comfy polyester and elastane blend. They feature an elastic band around the waist and plenty of images of SpongeBob SquarePants transformed into some frozen, confectionary treats! Just slip them on and you can start contemplating the physics of Bikini Bottom ice cream.