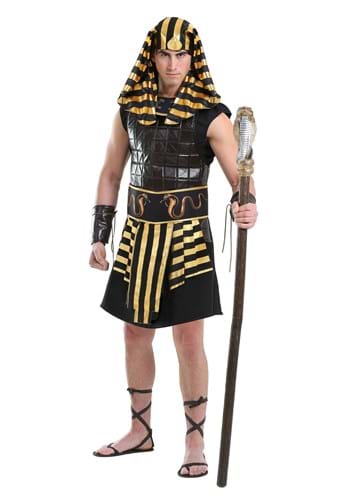 Ancient Egypt was impressive on so many different levels. They built massive structures like the pyramids and ruled a vast area of land and people. But at some times, we kind of wonder how they made it. After all, King Tut took to the throne when he was only 9 years old! The idea of a 9-year-old with that much power is kind of crazy.

We can assure you that if we were to have inherited the throne at 9 years old, 9 year old us would have undoubtedly sunk the Egyptian Empire into chaos. Our laws would have been nonsense, and our diplomacy would be nonexistent. We would have been the least capable ruler that Egpyt had ever seen! Instead of building ourselves a pyramid, we'd have built a statue of our favorite toy. We would ban work for everyone so that we could have fun all day, every day.

We know you'll have a lot on your plate when you become pharaoh. Just remember that no matter how tough it gets, you probably can't do much worse than 9 year old us would have! If that makes you feel better... Well, good luck out there, rule with an iron fist!