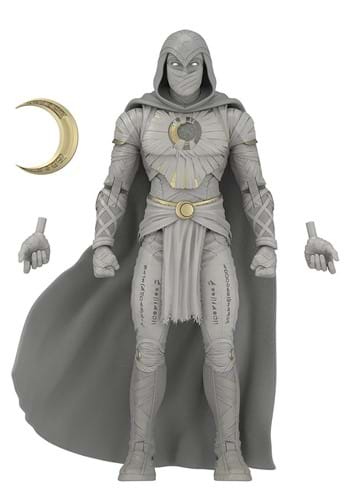 Moon Knight is looking for a new boss. His old boss, Khonshu is a bit much. He's very demanding and gets in Moon Knight's head way too much. Talk about an invasion of privacy! So if you'd like to take Khonshu's place as this hero's new boss, grab this Marvel Legends Series Moon Knight Action Figure today.

Of course, he'll keep the awesome powers as well as the super cool suit. So he'll be ready to go on all sorts of missions and take down whatever villains get in his way. With a spare set of hands, Moon Knight will easily be able to use his handy Moon blade. Display this hero alongside the rest of your collection and keep evil at bay with his assistance!