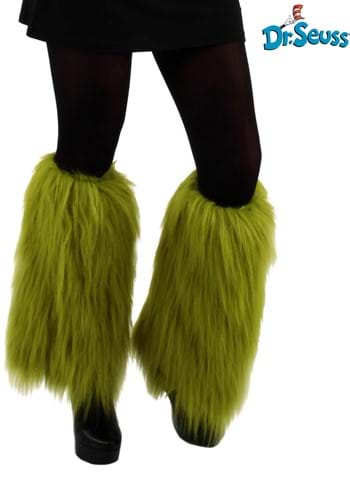 Can we be real for a second? If we live in a cold, wintery cave overlooking a cheerful, cozy village we would probably be pretty crabby too! We know, living alone was the Grinch's idea of a good time. The last thing he wanted was to be constantly troubled by other people's good cheer. But here's the thing. Maybe if he had been cozier he would have been less irritable.

Now, the Grinch wouldn't be the Grinch if he weren't a little cantankerous, but that doesn't mean you have to be chilly when you're dressing up as everyone's favorite Yuletide grump. These leg warmers are actually quite chic despite their mossy hue. They will keep you cozy as you stalk through Whoville stealing toys from all the little girls and boys. Pair these leg warmers with our fuzzy wrist cuffs and the warm knit Grinch cap to make the look complete. Leave the bitter winter cold behind, Grinch has enough to complain about!