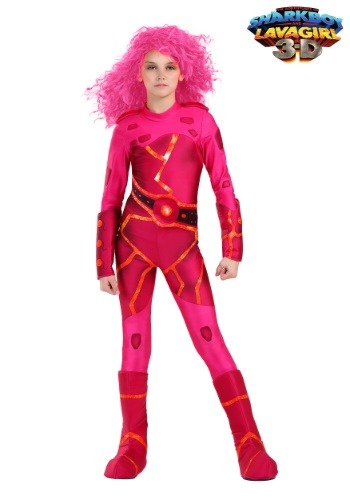 GOTTA WATCH OUT FOR THOSE VOLCANIC DAYDREAMS

We imagine it has to be pretty alarming to learn that you were only dreamed up.  Sure, there's that theory that all of our existence is just a vivid dream being put together by a magical spaghetti monster soaring through space, but it is unlikely that it is going to show up and tell us that we're just fictional!  Still, if it means that we're going to get some hot superpowers, we're probably on board!

Such is the case, of course, for the Queen of Volcanos, though she sure had to go through a bit of strife to get to that point.  Not only is it tough to avoid touching anything directly (out of fear that, you know, it'll just randomly combust because of your genetic lava composition), but you've got to deal with the trouble of facing near demise just by contact with water!?  Tough boat, there!  (Except you probably don't want to get in boats.)

Fortunately, here in the real world, we can offer a fine compromise.  With a little imagination, your gal can become the epic superhero and not even have to worry about all that accidental fire-starting. Step into this Girl's Lavagirl Costume.  The officially licensed and exclusive jumpsuit is probably the brightest of fabrics that can be found on Planet Drool or anywhere else, though the fine details in the epaulets, gauntlets, and jumpsuit itself are what will have you really shining.

SAVE THE PLANET... EVEN THE SHARKS

Whether you choose to team up with Sharkboy or not, the world is depending on you to save it from all manner of trouble.  Your kiddo might be the last opportunity we have to avert total electric deletion!  Your gal can suit up and turn on the flames.  And, if you really want to sell the image, we've got a matching fireball fuschia wig that'll be explosive!