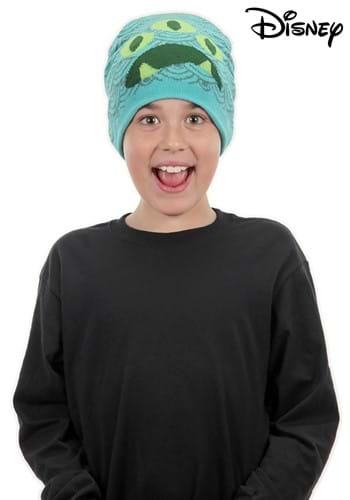 Living in San Fransokyo seems like it would be pretty exciting for anybody, with its East-meets-West culture and architecture, its scientific innovation, and oh yes, serving as the hometown for its new homegrown protectors, Big Hero 6. Now imagine being Fred, the excitable beanie-wearing comic book enthusiast, who gets to live out his dream of dressing as his favorite three-eyed fire-breathing kaiju, Krogar, to fight assorted villainy! Not too shabby. This Fred Knit Slouch Beanie from Big Hero 6 ought to get you into the right headspace to match his craving for action and adventure!

This officially licensed, 100% acrylic beanie is a direct replica of the hat Fred wears when he’s hanging out at the San Fransokyo Institute of Technology, likely annoying his fellow Big Hero 6 team members and hankering to get up to some epic superheroics (just like his mysterious father, who by the way, looks suspiciously like Stan Lee...). Knitted with a 3-eyed face on a fish-scale background, this monstrous beanie will serve your young hero well when battling the elements!