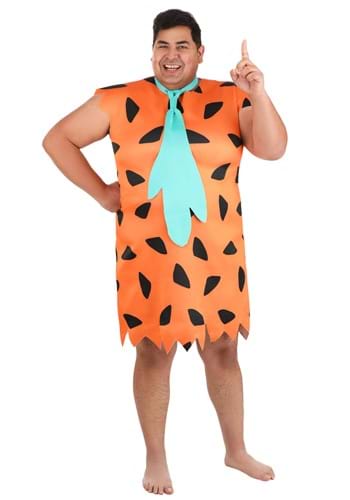 There seems to be a trend that most comedy and cartoon husbands tend to be a bit rough around the edges. Whether it is a balding guy with a donut addiction or a stressed-out button-pusher from the future, our favorite iconic dads definitely have a thing or two to learn! But, their hearts are always in the right place, don't you think!? You can track that heart of gold way back to prehistoric days, too! All you need to do is cry out a 'Yabba Dabba Doo' and you'll arrive in Bedrock to see the one, and only, Fred Flintstone.

From working hard hours at the quarry to goofing around with his even more adorable best buddy, Barney, the big guy is quite the character. Sure, he yells way too much. Yeah, he could probably cool his temper and smell the boulders, too. But when it comes to caring for Pebbles, that stone-headed stubbornness melts away in a snap!

Head back to Bedrock and wear the official look of the loudest dad history has ever known! Our Made by Us team worked with the best dino tailors out there to bring you this officially licensed Fred Flintstone costume! Your look begins with a pullover tunic colored bright orange with black triangular markings. A jagged hem keeps the prehistoric style preserved while the spandex fabric keeps it feeling comfy in these modern days. Cinch the look together with the blue tie and you'll be ready to impress the world with your professional caveman style!

Everyone recognizes the most famous of Hanna Barbera characters. That's why you're sure to call out "Yabba dabba doo" in this officially licensed Fred Flintstone costume. Add the optional Fred Flintstone wig for some added accuracy and get your own name in the prehistory books!