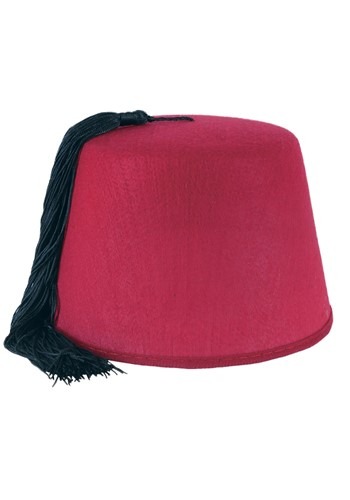 Have you ever noticed that some of the most entertaining images out in the world have involved wearing a cute hat? Of course, you have. By this point, it is rather impossible not to notice it. The adorable memes of little snakes wearing tasseled top hats? Yes! We're all about it. Too obscure? How about the circus bear riding the bike? What's that adorable ursine wearing? That's right, a cute red hat with a long red tassel. And, if you want to go a step further, it's even just a touch famous. Rumors are that there is some kind of cosmic time traveler that has shown up to fix the timestream... all while wearing the famous Fez! Who? Oh, we're not sure what his name was; all we saw was the hat!

Bolster your look no matter what you're going for when you wear the Deluxe Fez Hat. This is a felt hat with a firm structure and a rounded edge on the top. The iconic black tassel is included on the top. Designed to fit most heads, we like to think it's a perfect way to top off any look!

From Bicycles to Time Machines

We're not saying that you're definitely going to be the star of the show or blink off to save all the multiverse once you wear your Fez... but we're also not saying you won't be the hero that we've all been waiting for!