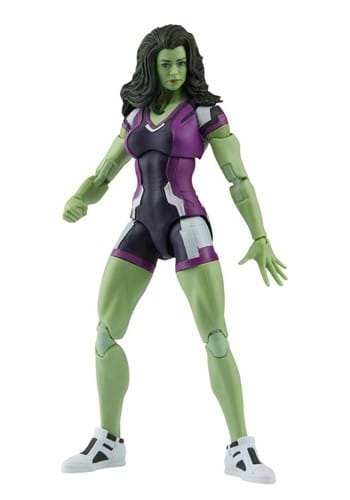 She-Hulk is a superhero who never got a lot of shine until her Disney Plus series. She was always kind of the background to her incredible older cousin. But She-Hulk has a lot of traits that separate her from Bruce. Her transformation is not as intense as the Hulk's, so that's a bonus.

She's also a very prominent lawyer, capable of verbally sparring with her opponents just as well as she combats them physically, if not better. Check out this Marvel Legends Series She-Hulk Figure if you are a fan of the mean green law machine.

This officially licensed figure shows She-Hulk rocking her outfit from the show. It's not only a cute fit but transforms with Jen, as she will bust out of any human-sized clothing as soon as she changes. If you are a fan of the character or the show, make sure you pick up this Marvel Legends Series She-Hulk Figure.