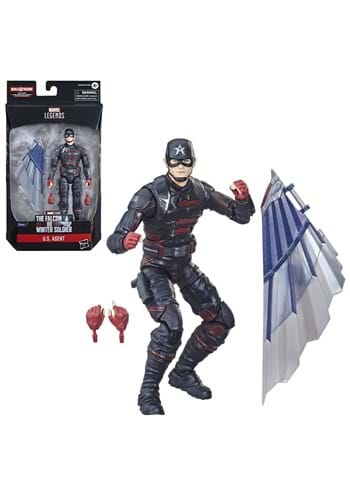 Sure, he looks a bit like Steve Rogers. Some of the things kind of sound like stuff Steve would say. He even has a Captain America suit like Steve's... and yet, there's just something a little bit off. John Walker's version of a superhero is just a little too off the rails, but he does look good wearing that U.S. Agent suit! This Avengers 2021 Marvel Legends U.S. Agent Action Figure lets you bring the troubled character into your collection. The figure comes with 14 points of articulation and has interchangeable hands to let you customize his pose. This figure also comes with one piece to the featured Build-A-Figure character, which is Sam Wilson's Captain America!