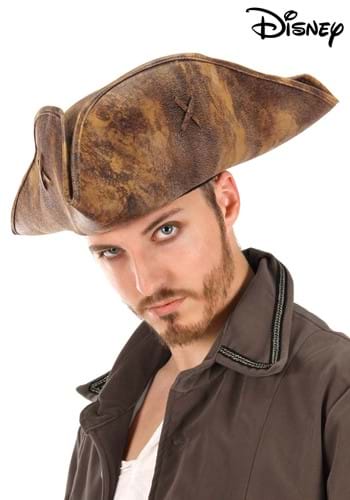 What separates you from the real Captain Jack Sparrow? Is it his quick wit and silver tongue? Nope, you have both of those. Maybe it’s his unquenchable hunger for adventure and treasure. Nope, you’re just as hungry for a journey to the ends of the Earth for treasure. Maybe it’s the fact that he’s thirsty for a good swig of rum all the time. No sir, everyone loves a spot of rum every now and again. So then, what is it that makes him a pirate and you an average mild-mannered citizen? It’s quite simple really. It’s his hat.

Yes, with this Jack Sparrow hat, which is officially licensed from the Pirates of the Caribbean series, you’ll be ready to become the pirate captain you’ve always dreamed of becoming. It’s made out of faux leather and is shaped in the tricorn style seen in the movies. Just place it on your head and you’ll be ready to take command of the Black Pearl in no time.