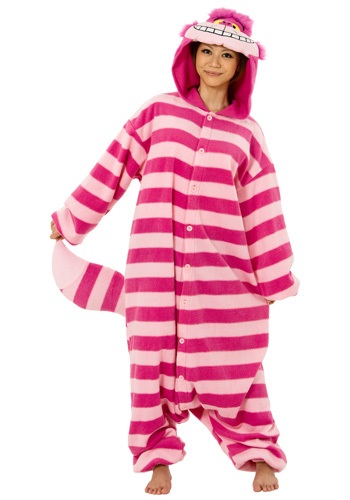 Wonderland is an amazing place that seems to defy all the rules that we in the mortal world have gotten used to. Things can be different things one minute to the next, occasionally up is down… or even a diagonal sideways. Eating or drinking certain things can make you exceptionally tall or tiny. And, where does one even begin when trying to discuss the local inhabitants of the world!? But, despite how odd the place seems to be, there is generally still a system of rules that remains mostly consistent… at least for Wonderland. Until the Cheshire Cat comes onto the scene, that is. Striped, multicolor cat bends everything more than backwards, making ‘up’ go ‘purple!’

After the most recent visit from a few of the Wonderland compatriots, we noted that the Cheshire Cat must have also been visiting. We never caught sight of it, though the odd duck… er… cat, anyway, left behind its ears and tail! What sort of creature just forgets parts of itself? We’re never sure what to do with things like this, so we’ve made them available for you in the most cuddly and comfortable way possible!

After all, if there is one thing that we should all learn from the Cheshire Cat, it is how to relax! That is why we can off your this officially licensed Cheshire Cat Pajama Costume!

You’ll never be able to wipe off that grin again when you slide into this pink striped fleece jumpsuit with its adorably stuffed and sewn-on tail. Pull up your hood and grin wide with the iconic smile of the most chaotically helpful of Wonderland denizens. Because who needs rules when you can make your own. Heck, if enough people show up wearing one of these oversize costumes, pajamas will be the new office attire!