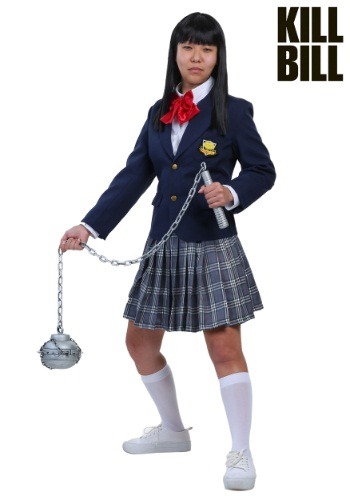 This is the thing about working your way up through the ranks of a notorious gang of the elites of martial artists: you’ve got to figure out a way to stand out. Now, you know there is going to be a sort of uniform protocol, so you’ve got to get used to that. Before joining, in fact, you might want to practice walking around in some gear that, by its very nature, keeps you blended in. Once you’ve got that down, start experimenting with the development of your own unique skills. Be ready to show them off when you show up for that most difficult of interview phases.

Next step is to pick the right place. If you’re lucky enough to know a few Yakuza buddies, you might manage to earn yourself a face-to-face with O’Ren Ishii, the most notorious and elegant leader of the East that we’ve ever heard of. From there, set your sights high. Aim for the Crazy 88, her private guards and the most skilled fighters in the whole organization. Again, though, you better be ready to show off some uniqueness or you’ll just be one of the standard soldiers. We’re talking the same suit they all wear and the same basic black mask. There’s nothing wrong with being one of the Common 87s, of course. (They’re still really good, after all.) But, your aim is to be the best of the best! And, that requires some style

So, we assume you’ve already got your hands on a nice blouse and, of course, your meteor hammer. That means it is time for us to get you into this officially licensed Gogo Yubari blazer and skirt costume. The poplin blazer has a center front with the school uniform embroidered patch and the plaid skirt fits comfortably with its elastic waist. Accentuate your blouse with the red satin bow to show off that innocent quality as you step to defend O’Ren, herself, and show everyone that you are the reason they are called the Crazy 88!