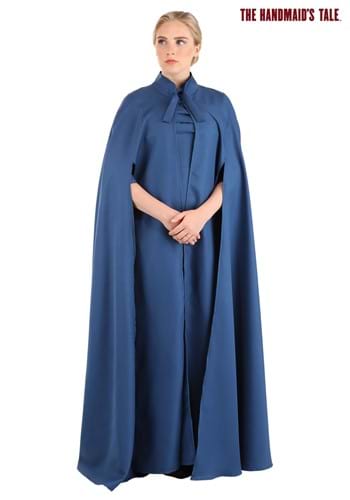 Most women wouldn't want to take on any role in Gilead. Aunts have to keep the Handmaid's in line and liberally dole out punishments. Marthas have to work hard but they have a bit more freedom as they often fade into the background. The life of the Handmaid is awful but their lives are so valuable that they're less in danger of the wall. From an outsider's perspective, the best role to take on is the role of a Wife of Gilead. But standing behind powerful Gilead commanders who are actively taking a role in suppressing the women of your country would wear on anyone after a while. We see this when Serena Waterford begins to break down under the pressure of Gilead's intense rules.

Luckily, you can try on the elegant yet heavy robes of the wives of Gilead for only one night! When you're ready to rejoin the free world, there's no need to sneak across the Canadian border, simply take off the costume, throw on some high heels, and revel in the freedom of reading a book!

When our in-house creative team designed this Wife of Gilead costume to complement our Handmaid's Tale costume, they were sure to create a modest, layered look that has an elegant touch that would look right at home in the elegant houses of Gilead. It features a tea-length zip-up blue dress layered under a floor-length cape that secures at the neck and has slits on the side to let your arms move freely.

Are you ready to pay tribute to the dystopia of The Handmaid's Tale? Pair this costume with a tall pair of boots, a stern look, and a friend that's willing to dress up in our Handmaid costume. Just be sure to remind everyone to only text you in emojis for the evening as you don't want to loose a finger to the eye!