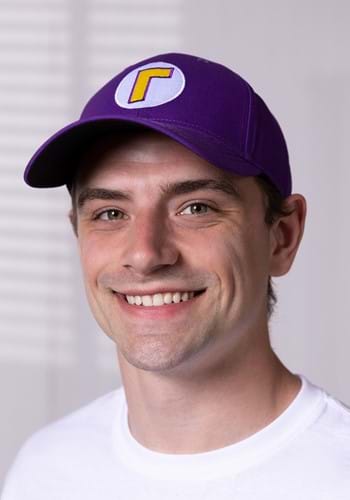 Listen, if we're being honest... we don't get it. Waluigi has some sort of crazy grudge against Luigi. That's right, Luigi, the Italian plumber who spends most of his time living in the shadow of his more successful older brother. The only thing that Luigi really has going for him is a downright wicked stare during Mario Kart and he owns a mansion that's infested with ghosts.

Luigi must have done something completely diabolical to Waluigi for him to hold such grudge strong enough for him to wear a hat with an upsidedown "L" on the front of it! That's the only explanation that makes any sense to us...

Well, if Luigi gets you angry or if Waluigi is your main man, then it's time to support that cause with this Waluigi Flex Fit Cap. It's officially licensed from Nintendo and has stretch in the back to help provide a comfortable fit. The hat comes in the deep purple color that Waluigi wears in all of the video games and it even comes with his symbol embroidered onto the front. Just toss it on with your best pair of suspenders to craft a lowkey cosplay version of your favorite evil Mario Bros character!