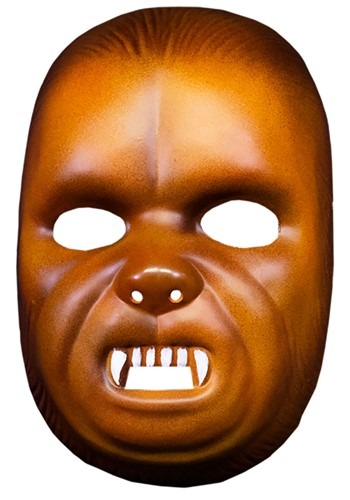 Bring the horror from the hit movie Us to life this Halloween with a little help from us! Dress up as Jason when you grab this plastic molded mask. It looks just like the one you see little Jason wearing throughout the film.

We can’t tell you exactly what this mask is supposed to depict but we have our guesses. Some here think the mask to be the face of the elusive, and possibly blurry, Bigfoot. Others lean more towards the masking being the face of a werewolf. Then there are the few that believe the mask to be a shout-out to everyone’s favorite Wookie.

Luckily you won’t have to worry about what the mask is supposed to be since you won’t be that creature anyways. Instead, you’ll be the odd little boy in the Wilson family. However, there are plenty of theories out there that suggest Jason isn’t really Jason at all. He is actually the tethered counterpart, Pluto! We will leave it up to you whether you will be the actual Jason or rather Pluto posing as Jason in the real world. That’s half the fun about going out as Jason from the thrilling horror flick Us!